In these difficult economic times, one would hope that the government would take measures to assist the poor and homeless.  In New Hampshire and elsewhere, however, cities are passing ordinances allowing police officers to fine individuals simply for asking for financial assistance, including on sidewalks and traditional public spaces.  This is wrong. 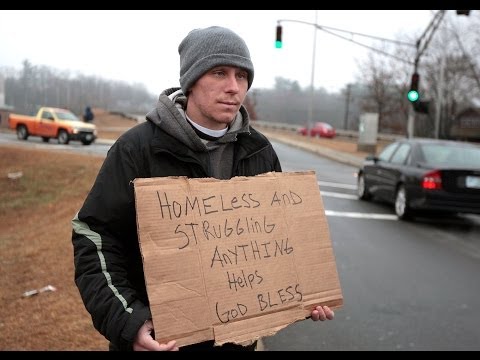 Numerous courts throughout the country have ruled that peaceful panhandling is protected expression under the First Amendment.  Indeed, public streets and sidewalks have always been deemed a special place for speech under the First Amendment; as the U.S. Supreme Court has held, they are “immemorially held in trust for the public for purposes of assembly, communicating thoughts between citizens.”  Whatever legitimate concerns exist concerning truly criminal conduct by a few individuals can be addressed under existing New Hampshire law, which prohibits individuals from interfering with traffic and from engaging in threatening behavior in a public place.
We can understand how difficult and at times uncomfortable it can be to face poverty on our streets.  But we must also recognize that asking for assistance in a public space should never be a crime.  In this powerful video published by the Nashua Telegraph, you will see the faces and hear the voices of individuals in Nashua and Hudson who are poor and need to ask others for assistance.  As you will see, they are not criminals.  As one homeless man states in the video, “we are just struggling to get by.”
Related Issues